BREXIT: A CONSTITUTIONAL CRISIS FOR THE UNITED KINGDOM?

Paul James Cardwell will speak on the theme "Brexit: a constitutional crisis for the United Kingdom?".
Since the 23 June 2016 and the victory of the 'leave' vote in the EU referendum, the United Kingdom has been faced with a number of significant and urgent economic, political and legal conundrums. The process of leaving the European Union after over 40 years of integration has brought into question much of what we know about the constitution of the United Kingdom. This presentation will address some of the main considerations facing the United Kingdom and its unwritten constitution which have been triggered by the withdrawal process. These include some of the most fundamental constitutional issues, including the separation of powers, devolution and the protection of fundamental rights. The argument is made that the potentially rapid changes to the way in which the UK operates can be justifiably characterised as an ongoing constitutional crisis.
Paul James Cardwell is Professor of Law and Associate Dean (Internationalisation) at the University of Strathclyde, Glasgow, since 2017. He is a Principal Fellow of the UK Higher Education Academy. He studied law at the Universities of Warwick, Lille II, Nagoya (Japan), political science at Sciences Po Bordeaux and obtained his PhD from the University of Edinburgh. Prior to joining Strathclyde, he was a Lecturer and Reader at the University of Sheffield. He has held visiting positions at Zagreb (Croatia) and the Centre d’études européennes, Sciences Po Paris and was Treasurer of the University Association for Contemporary European Studies (UACES) 2013-2016. He has published over 70 books and journal articles in the areas of EU external relations and foreign policy, migration, democracy promotion and Brexit. He is a regular media contributor and has appeared on BBC television and radio, iTele and France Info and has given keynote lectures in countries including Armenia, Canada, India, Malaysia, Japan and Thailand.
a 03:01 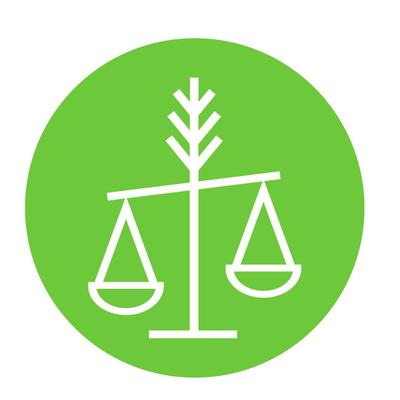 The 25th Biennial Colloquium of the Italian Association of Comparative Law (AIDC) will be held in Parma on May 23/25, 2019 and will be devoted to “Food Law: A Comparative Perspective”.
Attached is the call-for-papers with the list of the most relevant topics. The deadline for applications is January 7th, 2019.

SciencesPo – Brexit: a constitutional crisis for the United Kingdom? by Paul James Cardwell 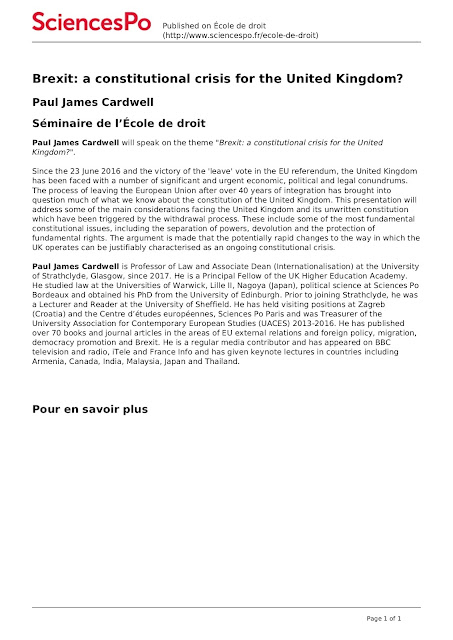